In the wake of the Civil War, Rust College was founded in 1866 to provide an education for newly-freed slaves. Located in Holly Springs, Mississippi (about 35 miles south of Memphis, Tennessee), the college was originally chartered as Shaw University. To avoid confusion with another institution with the same name in North Carolina, the name Rust University was adopted in 1892, honoring the Rev. Richard S. Rust, who was a leader of the Freedman’s Aid Society, which, along with the United Methodist Church, founded the school. In 1915, its name became Rust College.

Among Historically Black Colleges and Universities (HBCUs), Rust is the oldest in both Mississippi and the United Methodist Church, and is one of only five HBCUs founded before 1867 still in operation. Since its founding, Rust has insisted on quality educational experiences for its students. Indeed, its first president, the Rev. A. C. McDonald, said the school would follow the “difficult and tedious plan of trying to lay well a foundation for a broad, thorough and practical education” for its students. 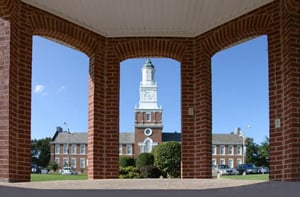 Rust graduates believe that they can change the world—and often they do. Rust was a major center for the 1960s civil rights movement in Mississippi and the college points out that alumna Ida B. Wells-Barnett, a noted civil rights advocate of an earlier era, was the first person to challenge public accommodations in transportation in the 1890s. She went on to write against lynching and was instrumental in the founding of the National Association for the Advancement of Colored People (NAACP). Rust College is home to other notable alumni, including Eddie Lee Smith Jr., the first African American mayor of Holly Springs; Alexander Preston Shaw, the first African American Bishop of the Methodist Church; international operatic soprano and actress Ruby Elzy; and Anita Ward, a singer whose most famous hit was “Ring My Bell.”

Rust recognizes the three-fold functions of education: teaching, research, and community service. Its primary mission, however, is teaching. The college dedicates itself to serving and preparing all its students to contribute to society, regardless of race, religion, sex, national origin or ethnic background. Rust’s rich history and leadership in cultural diversity have helped the small school develop into a four-year liberal arts college with emphasis in the fields of education, humanities, social science,  business, science and mathematics. The presence of an HBCU gives a boost to economic activity, on and off campus. Rust College is a valuable economic engine in its community, generating substantial economic returns year after year. The institution generates $31 million in total economic impact as well as generating some 350 jobs for its local and regional economies. As a college degree opens the door to economic prosperity, Rust plays a major role in the economic success of its graduates by enhancing their education, training, and leadership skills.

Today, Rust’s 126-acre campus is home to approximately 1,000 students representing more than 20 states and two foreign countries. In 2011, Rust acquired Airliewood, an antebellum former slave plantation estate that was built in 1858 and served as living quarters for General Ulysses Grant and his family during the Civil War. In 2013, Rust was named to President Barack Obama’s Higher Education Community Service Honor Roll. 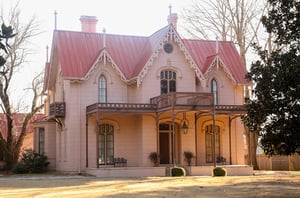 The award is the highest honor a university or college can receive for civic and volunteer work in its community. In the same year, the college was also selected by Forbes magazine as a Financially Fit Institution and was ranked a Top Business School by Ebony magazine. Rust’s endowment has reached $43 million, a more than three-fold increase since Dr. David L. Beckley became president two decades ago. In terms of policy asset allocation, the endowment has 62.3 percent in multi-strategy equities, 26.7 percent in multi-strategy bonds, 10.0 percent in private capital and 1.0 percent in cash and short-term securities.

Through its 150-plus years of history, Rust has proven to be worthy of its motto: “Where tomorrow’s leaders are students today.”

The COVID-19 pandemic continues to impact the world in unprecedented ways. There is still much uncertainty including about when a vaccine will be ready and how schools reopening in the fall will...