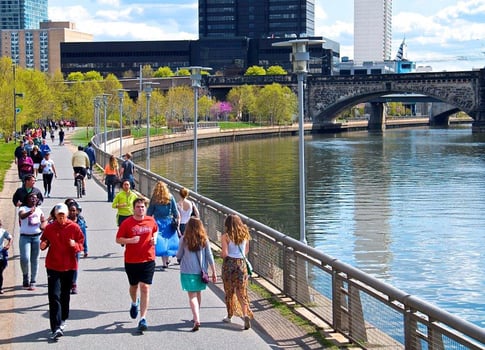 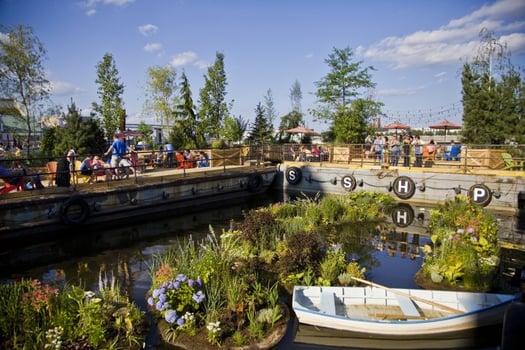 By supporting the Circuit, The William Penn Foundation is connecting residents of the greater Philadelphia area with one of their most valuable resources—their waterways

Today, more than 330 years later, The William Penn Foundation reflects the principles and high-minded values of the city’s founder. The Foundation has its roots in a classic success story. In 1907, Otto Haas partnered with Otto Rohm in Esslingen, Germany, to form the Rohm and Haas Company. Haas expanded the young enterprise to the U.S. in 1909, choosing to set up shop in Philadelphia. Over the years, the company grew to become an important multinational specialty chemical company. In 2009, virtually on the eve of its 100th birthday, Rohm and Haas was acquired by Dow Chemical Company, and it continues operations today as a Dow Chemical subsidiary. Returning to Otto Haas, he met his wife, Phoebe, in 1913 and they married a year later. Born on the North Dakota frontier, Phoebe earned undergraduate degrees in mathematics and astronomy from Vassar and Berkeley, and became one of the first women to earn a Ph.D. in astronomy. Together, they created the Phoebe Waterman Foundation in 1945; upon Otto’s death much of his estate went to the Foundation. It continued to be managed by their two sons, who gave the foundation its current name. While the sons have passed away, the next generation of family members currently leads the foundation, whose assets have grown to about $2.2 billion.

The Foundation’s focus is enhancing the quality of life in the Greater Philadelphia region, and it does so by concentrating on three areas: creative communities, which focuses on initiatives in art and culture and public spaces; great learning, which seeks to ensure that all children have access to high quality education; and watershed protection, which works on the conservation and restoration of the Delaware River basin’s natural environment.

An example of the Foundation’s work in the area of creative communities is the revitalization of the Delaware River waterfront as it evolves from industrial uses to residential and commercial purposes. With Foundation support, the Delaware River Waterfront Corporation is bringing new life to the waterfront and building stronger communities by developing dynamic green spaces for public enjoyment, including entertainment, recreation and food. Among these spaces are Spruce Street Harbor Park, Pier 68, Washington Avenue Green and the Race Street Pier.

A great learning initiative is the Fund for Quality, which subsidizes the construction costs of well-designed facilities serving young children and giving low income families access to high quality care. By year-end 2016, the Fund for Quality anticipates providing 850 new seats for children from low income neighborhoods and as many as 1,500 additional seats over the next five years. 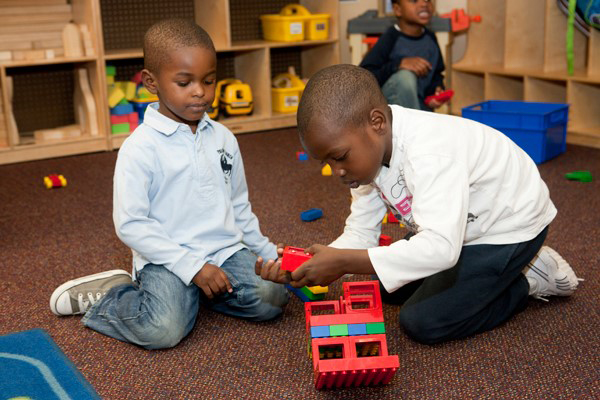 In the area of watershed protection, the Foundation continues to support efforts to complete the Circuit, a network of more than 750 miles of connected trails—many of which closely parallel rivers, streams and canals—in dense urban areas, suburban spaces and rural environments. The effort brings people into contact with region’s waterways and instills in them an appreciation for these valuable resources.

The bronze statue atop the dome of Philadelphia’s City Hall is that of William Penn himself, and he would likely be well pleased with the mission and work of his namesake Foundation.