Although the full effects of the COVID-19 pandemic on U.S. nonprofits will not be known for some time there may be something to learn from what we’re seeing in China. China was the first country to report cases in November 2019, the first to impose a quarantine, and later a lockdown. COVID-19 outbreaks reached their peak there around January 25 and just over 2 months since that time the country is beginning to emerge into their new “normal”.

Tao Ze, founder of YISHAN – China Philanthropy Data Center, and former president of China Foundation Center, provides his observations on COVID-19 and its effects on the nonprofit sector in China and what the U.S. and other countries can learn from them. 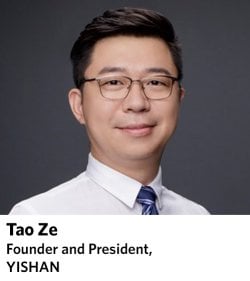 How have the operations of nonprofits in China been affected by the COVID-19 pandemic?

Tao Ze: In the short term, the Chinese NPOs (Non-Profit Organizations) get a huge amount of donations to demonstrate their impact and capability. According to YISHAN data, over 6,000 public charities have responded to COVID-19 relief efforts and raised over $5 Billion USD in donations as of April 12th. The donations not only helped the people affected by the virus but also showed the government the power that charities could leverage, which leads to new relationships between government and non-profit organizations.

In the long term, the Chinese NPOs need to prepare for transparency and accountability. The big donations present both resources and pressure to nonprofits. The public and media will definitely follow-up to see how the nonprofits use the donations. COVID-19 became a test for nonprofits to pass to prove their values and commitments.

How are NPOs engaging with the community and what has the response been, locally and internationally?

Tao: Locally, nonprofits worked together with millions of volunteers to provide daily services to the citizens affected by quarantine policy. For example, some volunteers will take charge of delivering daily food and collecting garbage of quarantined citizens. In addition, some nonprofits organized psychologists to provide online therapy for the people who lost family members due to the virus.

Internationally, Chinese nonprofits worked together with partners who donated to China in January and the beginning of February to give back materials to countries, such as Italy, Spain and the U.S.

Is the Chinese government supporting nonprofits?  How?

What effects do you think the COVID-19 pandemic may have on this growth momentum, if any?

What can nonprofits in other areas of the world learn from China’s support of its NPOs in this time of crisis?

Tao: One of the lessons Chinese NPOs learned from the crisis is to embrace an interdependent mindset in an independent sector. In this crisis, those NPOs that have better performance and impact are those that have better networks and partnerships among nonprofits, businesses and government sectors. For example, Narada Foundation is the leading grantmaking foundation in China. It supported many networking nonprofits. When the crisis happened, Narada Foundation initiated the China NGO Consortium for COVID-19 in time to facilitate joint efforts of different stakeholders, including information organization, grantmakers, nonprofits, researchers, government officers and media. The network really advanced the efficiency of work of nonprofits. In addition, Chunmiao Foundation, which is a fundraising nonprofit organization whose co-founder, Ms. Cui Lanxin, is the alumnus of three top business schools. During the crisis, she made full use of her network to make things happen. Her alumni are philanthropists, entrepreneurs who make donations, multinational corporations who purchase high quality healthcare materials and equipment, and logistics companies who deliver materials and equipment to the places in need.

Mr. Tao Ze is the founder and president of YISHAN, which is the China Philanthropy Data Center. Mr. Tao has long been committed to promoting transparency of China’s philanthropy and has abundant experience in international cooperation. Before founding YISHAN, Mr. Tao was the president of China Foundation Center, which helps China’s 7,000+ charity foundation with their efforts in information disclosure and transparency. He also leads CFC’s international exchange programs with 100 overseas leading partners from over 20 countries. Before joining CFC, Tao Ze was the Vice President of McKinsey NPP Venture Philanthropy Fund and prior to that he worked in Brazil with Ashoka Foundation. He is the senior fellow of Synergos Institute and was the board member of WINGS and AVPN.