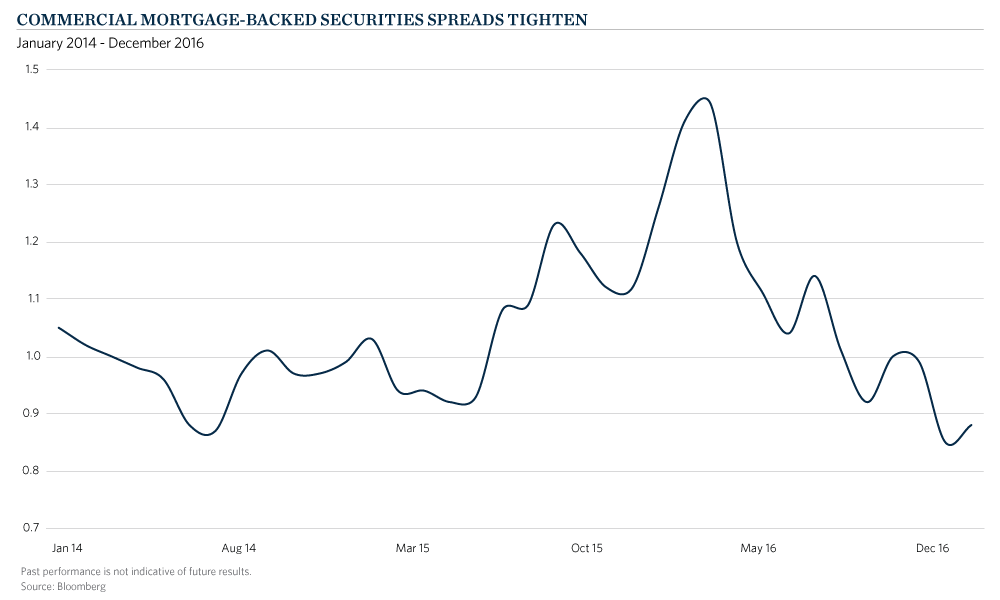 While recent CMBS spreads indicate a return to normalcy, managers continue to report a tighter market with slightly higher financing spreads and more difficulty in obtaining construction financing.  Further, credit markets are an important indicator of stress in underlying markets especially for real estate.  Recent data from the Fed does indicate banks began tightening credit standards in the fourth quarter of 2015. This is the first extended period of net tightening since the recovery in real estate began five years ago. 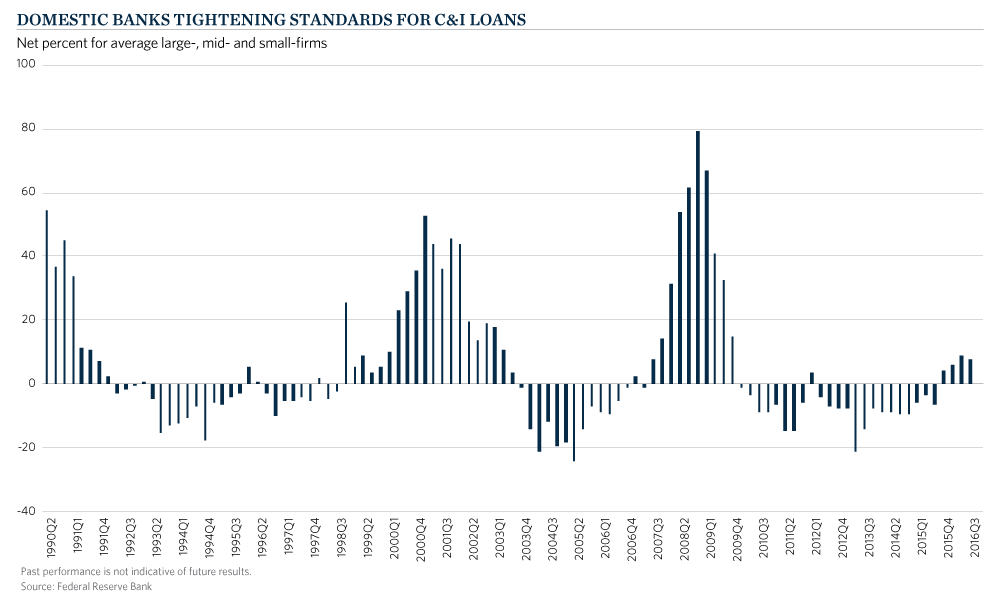 While the magnitude of the tightening is clearly dwarfed by prior cycles, it’s important to consider the reasons behind changes to underwriting standards.  Pre- Global Financial Crisis (“GFC”) banks began tightening lending activity in response to decelerating and declining GDP growth while current tightening has been followed by positive and accelerating GDP growth.  Banks have cited declining economic conditions and industry specific factors in real estate (likely supply concerns) but these appear to be anticipatory concerns versus the reactionary response to conditions during the GFC. Further, a new widely-reported rationale also indicates some important differences.  Concerns over regulatory changes due to Dodd Frank and Basel III are new and more recent reasons cited in the Fed survey.  Banks, anticipating both a deteriorating backdrop for real estate and increased government regulation have become more disciplined during this cycle, which we believe is a positive for the asset class going forward. 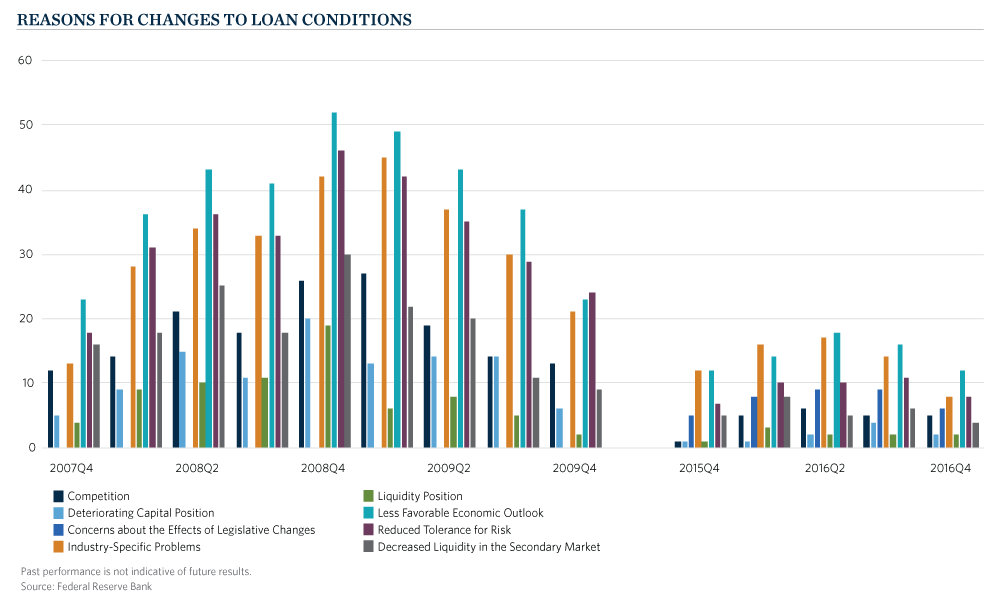 The net effect of recent tightening of lending activity has been felt most acutely in construction financing.  While certain sectors have experienced significant increases in supply, particularly multi-family, non-residential construction as a percentage of GDP remains below its historical average. Building as a percent of GDP stands at 2.7 percent versus the 70 year historical average of 3.5 percent and well below peaks experienced in early 1990’s and 2008.  Thus, while we are not experiencing the lack of supply of the last few years, we are likely not in an oversupplied market as well.

We believe this economic cycle is likely to continue for some time and the credit environment will continue to provide a positive backdrop for real estate investors.  However, the easy returns have been made as cap rate declines are likely complete and rising interest rates will become a headwind for the asset class.  At Commonfund we believe investors should focus on less interest rate sensitive sectors of the asset class, strategies with positive demographic tailwinds and managers with a unique skill or where value creation is the primary driver of return.