Follow this checklist and you'll be on your way…

For nonprofit organizations of all kinds, the regulatory and legislative landscape continues to become more rigorous—which should not come as a surprise given the size of the sector and headline-commanding abuses that crop up periodically. The implication for nonprofit boards and senior staff executives:

Take governance seriously, as you can expect to be held accountable. While governance has many facets that can make it daunting to navigate, trustees may want to start with this 10-point checklist. Address these topics and your board will be on the way to sound governance.

This is the place to start, as the nine other points flow from this one. The fiduciary duties—of care, loyalty and obedience—have not changed, and for the reason that they are in themselves very rich. The duty of care means acting in good faith and taking board responsibility seriously. A fiduciary is one who treats the affairs and assets of others with the same care as he or she treats their own. The duty of loyalty addresses conflicts of interest, but also goes beyond. When one is a fiduciary, one draws a line between what matters personally and what matters to the organization. In short, the organization comes first. When that’s not possible and there is a conflict, you have a policy or a process for dealing with it, typically in a way that can be disclosed publicly in the name of transparency. The duty of obedience is to adhere to the original purposes of the organization; essentially, it holds that when you become a fiduciary, you bind yourself to the purpose, charter and bylaws of the organization. This means not deciding that “times have changed and we should do something different” without embarking on a serious reevaluation.

2. Compensation of Executives and Directors

This goes to transparency but also to the duty of loyalty to the institution. There is general agreement that there should be fair compensation for executives and, if necessary, directors or trustees. (Many nonprofits do not compensate their directors.) But with the greater transparency wrought by Form 990, compensation needs to be reasonably related to the role and responsibilities of the executive. For this reason, boards often bring in compensation consultants to benchmark the executive’s duties and compensation package. Be aware, however, that consultants are not an insurance policy. The board should discuss the consultant’s report and document their proceedings in formal minutes, making it clear that, if it accepts the report, it was done so with care (once again, that basic fiduciary duty). One of the dangers that we have seen with consultants is that they set a median and every board wants their choice of executive to be above the median or average. This can result in salaries getting swept into an upward spiral. Avoiding situations such as this is why trustees must have the judgment to make objective evaluations.

This is why we have not only the three fiduciary duties, but also the Uniform Prudent Management of Institutional Funds Act (UPMIFA) to guide us, particularly when it comes to donor restricted funds, which is what UPMIFA was primarily designed to address. UPMIFA is there to see that the interests of donors are protected and to give guidance to boards as to how donor restricted funds can be received, how they can be managed and invested, how they can be spent, and what the long-term assumptions should be with respect to those funds in the absence of specific donor instructions. Even in the case of unrestricted funds or quasi-endowment—in other words, operating surpluses or other funds that are voted on by a board—one of the benefits of UPMIFA is that it created an environment in which it is possible to manage unrestricted and quasi-endowment funds according to the same principles as restricted funds, i.e., an environment in which one can manage all forms of endowment in a uniform way.

Once again, we refer to basic fiduciary duties, in particular the duty of care by observing that accepting a role on a nonprofit board is not something that is undertaken casually. The days are gone when a person would merely lend his or her name to a board and not contribute fully. How does a board become engaged and stay engaged? Through wise recruiting for the board, thoughtful board self-assessment, effective board structure and committees, robust agendas, and boards that are correctly sized. At the outset, these topics do not appear to relate directly to fiduciary duty, but they are critically important enablers. Without them, the board’s ability to perform its fiduciary duties may be compromised.

Boards that are too homogeneous may have less in the way of debate and deliberation but can be blindsided by events that they don’t collectively perceive. If you want to have that broader viewpoint, you have to embrace inclusivity and diversity, but you also have to take on the burden of recruiting and managing that diversity in a way that achieves the goals of the organization. It is not merely a matter of ethnic or gender diversity. What you’re really looking for is that genuine diversity of experience, thought and talent that enables the organization and its board to be better prepared for events, routine and extraordinary, and better able to see into the future.

6. Oversight of the Chief Executive Officer

It’s human nature to want someone you have hired to succeed. That feeling often shapes a board’s relationship with the CEO. Yet, the board must find a way to be objective in its assessment of the executive’s performance. Those cases where the board has failed in its oversight or been dominated by a powerful CEO have led to headline-grabbing stories that can do lasting damage to an institution’s image. This is one (of many) area where the board chair plays a critical role balancing the need to conduct board business while managing the human traits and personalities that are always at work in the background.

7. Stewardship of Assets in Troubled Times

The purpose of an organization’s asset pool is to do the good work that the charter intended. But, there are times when a disruptive economic and financial environment intervenes to not only make doing that good work difficult but also to threaten the very existence of the organization. The crisis of 2007–2009 comes to mind. It has been famously said that hope is not a strategy. So, during these times (indeed, at all times), inefficiency should be eliminated and mission creep reined in. Although it hurts, at some point staff and programs must be reduced and mission goals lowered. The proactive board will look at the possibility of collaborating or affiliating with another organization with a complementary mission.  Bankruptcy or voluntary dissolution should not be unthinkable when all other alternatives have been exhausted.

These issues go right to the heart of transparency. Consciousness of them has to run like a thread through the deliberations of the organization. This is not just a question of filling out statements identifying conflicts or potential conflicts, it’s thinking about perceptions. So, a board should have an enforced policy of disclosure, recusal and, if necessary, resignation from the board. A code of ethics may also prove effective. We hear less about duality of interest; basically, it is a trustee of one organization having a substantial leadership role in another. This is not always a conflict, but it can be a violation of the duty of loyalty, and should be addressed in the bylaws or governance policy.

Transparency is woven into the fabric of most of the points in this gover­nance checklist. Once an organization achieves tax exemption, what it does becomes, within reason, a matter of public interest. The idea that private dollars are exempt from public scrutiny is an argument that does not go very far. Transparency is also a state of mind; it goes to being open-handed in dealings with all constituencies. If there is an area where too much transparency can be harmful, it is with regard to the privacy of donors.  There are times when it should be protected, e.g., when a donor requests anonymity.

Generally, directors are not personally liable unless: they act in bad faith; did not reasonably believe that their actions were in the best interests of the organization; were not reasonably informed; had a conflicting interest; there was sustained failure to devote attention to the organization’s affairs; or received an improper benefit. Directors/trustees should use the same judgment that one would use in making business decisions. From a liability protection standpoint, however, it’s still wise to get an adequate umbrella insurance policy in addition to the organization’s directors and officers insurance. Further protections come from proper minutes in good order and internal or external counsel (depending on the size of the organization) to keep the board informed of changes in regulations at the state and federal level. 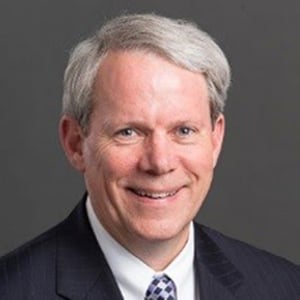 What was once a nascent market, Secondaries has become both an innovative tool for general partners to hold onto their best assets, “Crown Jewels”, and a provider of liquidity to a formerly illiquid...
Responsible Investing | Articles

Environmental, social and governance (ESG) factors are a topic for active discussion in board rooms. Here’s an update on Commonfund’s thoughts and actions and how ESG may relate to you. In general,...